Let’s kick-off a thread about Kempower, probably the most interesting stock in my tech coverage right now. I’m a Finnish analyst with 4 years experience in the industry and I cover 9 stocks at Inderes currently. We initiated coverage of Kempower in 15th August with a recommendation ‘Accumulate’ and target price of 20 euros. The full initiation report in English is behind this link.

I’m willing to answer any questions related to Kempower. Actually, I’ve received some questions by e-mail this morning and would like to share those to this forum in order to initiate some conversation. I was asked about profitability, competitive positioning & scalability of Kempower’s business, so let’s get into it one by one:

Competitive positioning: Kempower benefits from decades of R&D work made by its former parent company Kemppi Oy, a Finnish non-listed welding machinery manufacturer. Since the welding machines use similar DC power technology than EV fast chargers, Kempower was able to launch a range of very competitive products in 2019, just two years after the company was spun-off from Kemppi. It has gained market shares rapidly, thanks to its high quality products. Maybe the most advanced technical feature is Kempower’s dynamic power control (up to 8 cars may charge from one charger simultaneously and the power is shared between cars efficiently). Modularity, scalability, durability and customer-friendly design are other factors that make the products appealing.

The competition includes names like ABB e-Mobility and Tritium that have big R&D resources and they are of course trying to develop better technology all the time. Kempower’s technology is not protected with strong patents but I think it will take years before the competition is able to catch-up with certain features. In the meantime Kempower has time to increase its market share and become one of the key players in the industry. It will be able to increase its market share in the Europe and North America to 8 % in 2022e (2021: 3 %) according to our estimates. We have assumed the share could reach 15 % by 2026 thanks to expanding distribution network and persisting technological advantages over medium-term. There’s of course a lots of uncertainty regarding the estimates beyond 2023.

Profitability: Generally, EV charging manufacturers are not yet profitable due to front-loaded ramp-up costs. Kempower is more profitable than its main competitors ABB and Tritium (there’s many smaller competitors which do not publish their numbers). Kempower’s gross margin is clearly better (Kempower 2021: 46 %, Tritium 2022e: 22 % according to Bloomberg consensus, ABB eMobility 25-30 %). ABB is also in “slow” AC-charging business, a heavily competed segment, which partially explains its lower gross margins. Kempower’s EBIT was close to break-even in 2021 despite rapidly growing organisation and EBIT will be positive for 2022 (2 % of sales) according to our estimates. Looking to major competitors, Tritium was heavily loss-making in 2021 (EBIT -87% of sales) despite being bigger than Kempower and ABB is targeting neutral EBITDA in 2022). We expect Kempower’s EBIT margin to improve over time thanks to revenue scaling up quickly (2026e: 16,4 % of sales).

Kempower’s relatively high profitability stems from its high-quality but cost-efficient products but I think it has lots of room to improve in the future. The generally low profitability in the industry may slow-down the price-competition over medium-term. The competitors are looking to improve their gross margins over medium-term as many of them are currently heavily loss-making. Tritium has aimed for EBITDA of over 20% and ABB around 15-20%. We believe Kempower will reach large enough scale over long-term to succeed in price competition that’s likely to take place as the industry grows more mature.

Scalability: The production can be scaled up relatively easily, as it consists mainly of assembly of the various components and testing. However, component shortages may become a limiting factor in the short-term although it has not yet prevented Kempower’s deliveries so far. The current factory in Lahti can produce equipment of 200 MEUR per year and there will be another factory in US which is expected to start manufacturing in mid 2023 according to our estimates.

As Kempower’s sales consists of mainly hardware sales, the revenue is not recurring by nature. However, the customer-base is diversified. There’s also stickyness in customer relationships and we have seen existing customers making repeated orders with a tendency to increase their orders over time.

Other important notes regarding my analysis:
Medium-term financial targets seem conservative to me. The company aims for sales of 200 MEUR and EBIT-margin of 10 % by 2025-27. I think this could be achieved already in 2024 or even 2023 thanks to the strong order intake in 2022 so far. Long-term EBIT-margin target of >15 % is more ambitious but achievable, I think.

Current valuation already assumes that the company exceeds its mid-term financial targets. In case that the revenue of 200 MEUR won’t be achieved by 2024 I think the share price is likely to decline materially.

We spent some time with @Isa_Hudd yesterday discussing about Kempower and the investment case. You can watch the video here:

Thanx @pauli.lohi for your great answers and research! I really recommend P.Lohis latest published resarch on Kempower, link below: 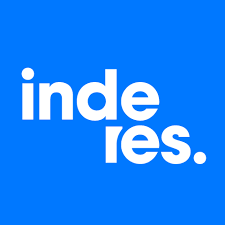 Kempower, a specialist in fast and high-power charging solutions for electric vehicles, has rapidly increased its market share thanks to its competitive products. We expect the company to exceed...